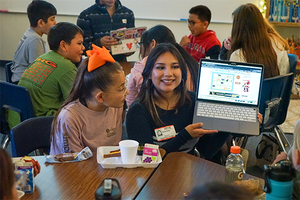 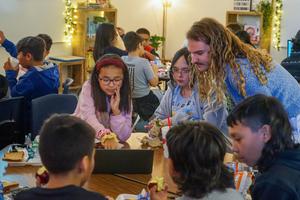 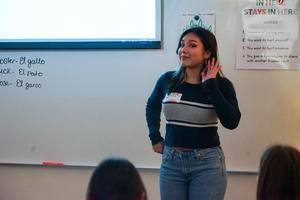 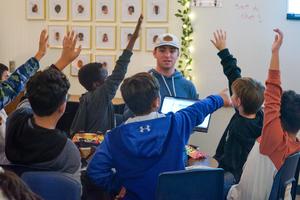 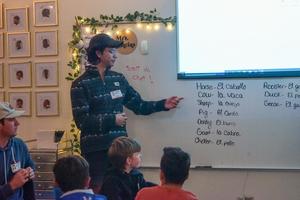 Miranda Macias, the Communities in Schools Site Coordinator at Westwind Elementary, started planning this Spanish Lunch Club back in February. Several students at Westwind expressed interest in a Spanish club to Macias, but everyone she reached out to was already booked.

Macias turned to the Texas Tech Spanish Department and found an instructor who was interested in starting a Spanish Club with Westwind to give the college students an opportunity to immerse themselves in learning the language by teaching kids the basics.

The Spanish Lunch Club at Westwind was launched on the second week of October, with over 76 students participating: 16 third graders, 29 fourth graders, and 31 fifth graders. Students that participate in Spanish club learn the alphabet, colors, numbers, months, days of the week, and names of body parts all in Spanish.

The Texas Tech honor students create presentations with games and songs for students to recall information and enjoy learning Spanish. Students were introduced to short phrases to express how they feel in Spanish and learned about Hispanic culture in particular Dia De Los Muertos.

A typical meeting starts with the kids sharing how their day is going/how they are feeling in Spanish then the Tech students begin with a short presentation about what they will learn for the day.

“I believe that students who learn about different cultures during their education feel more comfortable and safer with these differences later in life,” said Macias. “This allows them to interact in a wider range of social groups and feel more confident in themselves as well as in their interactions with others.”